In the eastern part of Scotland, Elgin is majestically located – an ancient city, the center of the administrative region of the Moray and also the main city for the production of Scotch whiskey. The city is located in the valley of the Scottish River Spey and is territorially divided into two parts – South Elgin and North Elgin.

The city on the historical map Elgin was formed from settlements that arose after a castle was built here for defensive purposes in the 11th century. For many monarchs, this place has become a favorite hunting ground. That only is worth mentioning Elgin, as the favorite place of the royal fishing of the famous Macbeth.

Alexander II granted the city the status of a Royal City, and the Bishop of Morea made Elgin the capital of the diocese. Sadly, in 1390 the city was plundered and burned by Alexander Stuart, the fourth son of the king, as revenge on the bishop for condemning his attempts to divorce his wife.

Many architectural values ​​have suffered greatly from this. For example, the city’s Cathedral was so damaged by fire that it had to be restored over the centuries.
After the fateful Battle of Culloden, the city fell out of favor with the Duke of Cumberland, who harshly punished the cities that supported the Stuarts.

At that time, Elgin Castle was demolished, and most of the population of Elgin was exiled to Canada. As a consequence of such punitive measures, the city was almost completely deserted and fell into complete decay.

Elgin’s rebirth began in the 19th century. Over the course of two decades, a hospital appeared in the city.As a result of the turbulent economic and cultural activity, a significant rise in Elgin and the growth of its local population took place.

Now Elgin’s treasury receives its main income from the production and sale of whiskey. The valley of the river where the city is located is often called the valley of the production of Scotch whiskey, since it is here that the largest number of factories for the preparation of this alcoholic drink in the whole world is located. Making this already national Scottish drink has become the main job of most of the locals.

Elginsky whiskey has a unique, not like others, special taste and aroma, somewhat similar to the aroma of rose, violet, and carnation, something similar to the smell of apple and cream soda. Sometimes you can even taste chocolate notes. Elgin’s trademark is a special sort of whiskey called Glen Elgin.

The city’s attractions include the Cathedral and the city museum, which contains all kinds of historical, geological, archaeological, ethnographic collections. The main exhibit of the museum is a collection of Pictish bas-reliefs. In the immediate vicinity of the town there is Plaskardens Abbey and the ancient ruins of the Spiney Palace – the seat of the Bishop of Morea.

In addition, Elgin County is a favorite site for the mistletoe plant. For a long time, the Scots believed that this plant has some kind of sacred power and considered it their protector.

Elgin is an extraordinary town with a unique history, which has a lot to visit and from which there is something to learn. 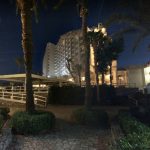 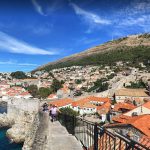