Dubrovnik is not only the best resort in Croatia, but also one of the most beautiful cities in the country. During the war in Yugoslavia, the city experienced severe destruction, as it was subjected to constant bombing. But, thanks to the Croatian authorities and UNESCO, until 2005 Dubrovnik was completely restored. Now, this is the real cultural heart of Croatia, where the resort significance of the city is intertwined with historical value.

Today, the city has already built many top-class hotels, and local restaurants are famous for their exquisite seafood cuisine. Dubrovnik always gives its guests a lot of impressions – it’s never boring in a Croatian resort! Several interesting museums function in Dubrovnik. For example, the Dubrovnik City Museum, which houses the exposition of the prince’s study and household items of the townspeople.

The collection is quite extensive and carries great cultural value to the Croatian people. The Rupe Ethnographic Museum is located in the Rupe Granary.

One room carries a high cultural interest, and the collection of folk costumes and household items is striking in its diversity. The most visited place is the Maritime Museum and the Aquarium, which are popular with large families. Religious centers in Dubrovnik are very popular with believers. And places such as the Dominican Monastery, the Jesuit Church of St. Ignatius, the Cathedral of the Assumption of the Virgin Mary, the Church of St. Blaus, the Franciscan Monastery, the Church of St. Sebastian and the Church of St. Savior – they are of great historical and architectural value. All these temples, churches and monasteries show how versatile Dubrovnik is.

It keeps people with different views and beliefs within its borders. Interesting places, from the point of view of tourism, are the city forts, which, at one time, kept the city from sea aggressors. This is Fort Loverech, which is located as far west of the city and has very strong walls that can withstand serious attacks from enemies. The fort’s armament was very powerful and consisted of several large and medium-sized cannons. The most powerful fort of the city is located in the southeastern part of Dubrovnik – the fort of St. John. This fort, fortified on all sides, was a very formidable structure and was the main defensive object of Dubrovnik. It is in the building of Fort St. John that the Maritime Museum and Aquarium are located.

Also, the most powerful defensive structures are Fort Revelin and Fort Bokar. Don’t forget about the impressive city walls of Dubrovnik, which were built by Italian architects. In the Adriatic Sea, not far from Dubrovnik, there is the island of Lokrum, on the shores of which an old abbey was founded. It is on this island that the best sandy beaches of Dubrovnik are located, which are very popular among tourists. Also, the island is home to the majestic Fort of Napoleon.

There are several other interesting sights in the city: Luzha Square, Prince’s Palace, Palace of the Sun, Ploce Gate and Pile Gate. Dubrovnik is a comprehensively developed resort in Croatia, which makes it attractive for hundreds of thousands of tourists! 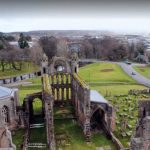 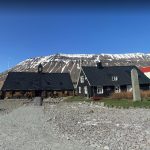 Travel to Iceland – the city of Isafjordur