Taba is a typical small town located in the governorate of South Sinai, the northeastern part of Egypt, and practically lies on the border of Egypt with the State of Israel, on the very coast of the Red Sea.

In ancient times, in the territory of the location of this city, in modern terms, there was one of the first logistics centers of that time related to the famous caravan route.
And this territory was the cause of the armed dispute between Israel and Egypt for many years and only since 1989 was it finally recognized as Egyptian. It should also be noted that about 20 years ago Taba was a completely small Bedouin settlement, in which there was no development of transport, there were no roads, and even more so large and comfortable hotels.

Today Taba is one of the highly developed resort centers, in the midst of which there are a great many hotels to satisfy the tastes and demands of the most sophisticated tourists and travelers, exquisite restaurants, swimming pools and, in particular, beautiful beaches, each of which has its own unique flavor. The large-scale restructuring of the Taba international airfield, located thirty-five kilometers from the city, helped a lot in increasing the popularity of this city. And also the indescribable beauty of the local nature surrounding the city. Which lies on a narrow strip of sandy beach spit of the beautiful sea and majestic granite mountains, by the way, the traveler’s eyes, unusual in its azure color, abound in secluded lagoons, grottoes and not tasty gifts will pleasantly delight the traveler’s eyes.

In particular, the features of urban development are dominated by squat, two, and three-storey comfortable numerous hotels and hotels with a culture of premium service inherent in the eastern countries; oriental ornament and flavor prevail in the architecture of buildings. As a resort Taba is distinguished by a peaceful and leisurely atmosphere, there is no noise of large clubs and discos inherent in megacities. Among the many recreational options, even exotic water sports, fishing, yachting, kayaking, and jet skis are easily available, and coastal water sports complexes, according to tourists, have earned the name of an earthly paradise for scuba diving due to the diverse and attractive coral reefs.

From the city center, a comfortable bus with air conditioning, TV and minibar will take tourists for an excursion to the Monastery of St. Catherine, as well as to Mount Moses. A ten-kilometer distance from Taba, there is the world-famous Colored Canyon, where you can admire sandy and stone rocks of various colors from pale white to bright purple, and capture beautiful views of the colored canyon in a photo. Also, excursions to the so-called Pharaonic Island located near the coastline, the ruins of which have preserved the remains of the citadel of Salah El Din, built by the crusaders, are also extremely popular with vacationers. An excursion to the island is associated with a sea voyage on a boat, which, according to the testimonies and reviews of tourists, is very attractive for water relaxation.

And in the evening, the local recreation industry organizes amazing fireworks and various sound and light performances, and a water extravaganza, after which what you see will be remembered for many years.

The best beaches in Egypt https://1001beach.com/en/africa/egypt 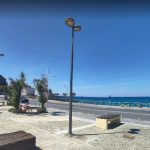 Holidays on the island of Crete: what does a tourist need to know?