Mysteries of New York. What to see? Main attractions

What are the must-have attributes of almost every Hollywood movie about New York? Yellow taxis, Brooklyn Bridge, towering skyscrapers, the Statue of Liberty and Seventh Avenue mod. Hollywood has made this city the most recognizable in the world. We admire the beauty of Manhattan and worry about our favorite characters against the backdrop of its scenery. But at the same time, we do not have the slightest idea of ​​what mysterious places he conceals in himself.

Those who have watched the cartoon “Madagascar” at least once remember the Bronx Zoo – the largest zoo in the United States and rightfully one of the best places for recreation for lovers of wild animals.

For lovers of everything ominous and mysterious, in addition to the mansion of the armory baron, the path lies to Greenwood Cemetery. On its truly vast area of ​​almost 500 acres, a whole collection of mausoleums and sculptures of the past two centuries is hidden from prying eyes.

Many tourists who have visited New York have seen the city subway, but few people know that near Brooklyn there is a transport museum, which contains a great variety of historical exhibits – subway trains, bridge structures and tunnels. These stations are no longer working today.

An even stranger transport museum in New York is a “ship graveyard” where you can see where our ancestors roamed the seas and oceans.

And for fans of Irving’s novel The Legend of Sleepy Hollow, there is a real church where the action took place. It is called the Church of the Sleepy Hollow, either from a book or from a film based on it. You can find this old Dutch building in the northern suburbs of New York.

The list, as you can see, can be continued indefinitely. When visiting New York, the list of must-see places is immediately expanded by Central Park with the Plaza Hotel, the Metropolitan Museum with its huge halls and galleries, Times Square and many, many others. In a word, take a yellow taxi for yourself – and off you go. The views from the window will amaze you every second.

Because of all the same Hollywood, New York seems to us so close, dear and as if familiar, so many films about it have already been filmed and continue to be filmed literally every day. 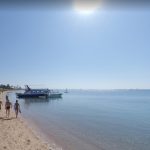 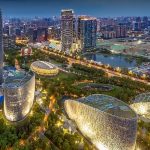